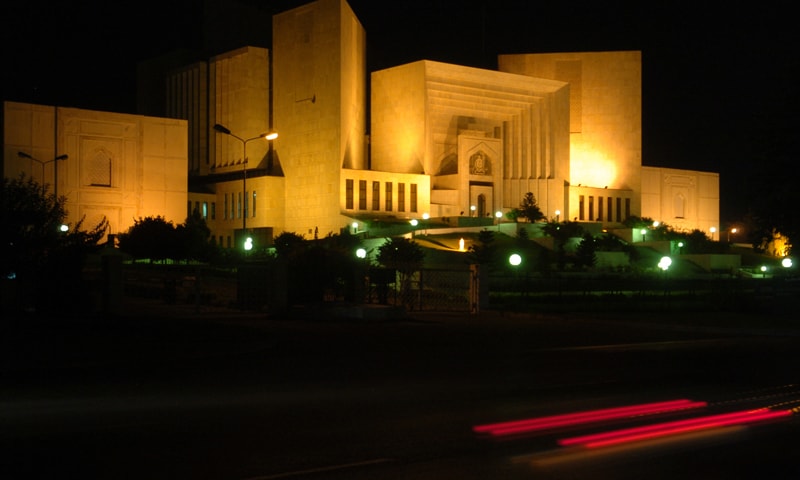 Some months ago, Chief Justice Anwar Zaheer Jamali declared that there is no deficiency with the existing judicial system, ‘which is very well-tested’.

According to him, certain ‘external factors’ were responsible for delays in the system.

However, the family of Ghulam Sarwar and Ghulam Qadir may have a different take on the judicial system.

Both brothers were executed by prison authorities a year before the Supreme Court eventually pronounced them innocent.

Mohammad Anar and Mazhar Farooq, having been tested by this ‘well-tested’ system, are just as unlikely to share the CJ’s sanguinity.

They were recently acquitted by the apex court after having endured 24 and 11 years in prison respectively. Unlike the learned CJ, they might not know that Article 10-A of the Constitution guarantees them a “fair trial and due process” while Article 37 promises them “inexpensive and expeditious justice”.

It takes between 20 to 30 years to eventually resolve any moderately complex civil suit through the litigation system after exhausting numerous rounds of appeals, revisions and remands.

Criminal cases may take marginally less time to finally resolve. These are not headline-worthy aberrations, this is the norm.

If one even puts aside the injustice on litigants wreaked through these delays, the impact is greatly detrimental to the law-abiding fabric of society.

Individuals are able to peacefully co-exist in civilized societies through the mutual observance of certain agreed upon rules.

They are motivated to observe and internalize those rules when punishment for transgressions are swift and certain. When this assurance is lost, when punishments are uncertain and long-delayed, or when the innocent are punished as frequently as the guilty, the entire fabric underpinning civilization and the rule of law unravels. The failure to provide such assurance explains the unrest and anarchy prevailing in every segment of society.

Delays in the judicial system are not due to any ‘external factors’ but are endemic; pointing fingers at ‘external factors’ is nothing more than blame-shifting. The most glaring causes include outmoded court procedures and inefficient case management techniques.

Then, with a culture – among judges, lawyers, prosecutors and the police – that is lackadaisical about procedural rules and timelines, further delays become inevitable. To add, inadequate physical and human infrastructure is unable to keep up with the growing population and litigation demands.

These causes can be addressed by a resolute judiciary, but that does not factor in the obdurate refusal of the legal community to recognize systemic flaws in the system.

A product of the British Raj, the nature of criminal and criminal disputes was altogether different and the resources and technologies available to courts, lawyers and the litigant public were incomparable.

They are overly technical, allow for endless rounds of appeals, reviews and revisions, and generally tilt towards sacrificing efficiency at the altar of thoroughness.

It makes sense to introduce greater efficiency and update these rules in keeping with current realities and new developments in global practices.

Then, there is the argument that there is no point in reforming or disciplining courts unless other actors in the judicial system – lawyers, state counsels and prosecutors, and police investigations – are simultaneously reformed.

Given that none have shown great inclination towards self-discipline, it is pointless trying to effect judicial reform in isolation.

Judges drive and control the judicial process while other actors follow their lead, at times reluctantly and begrudgingly – in the case of the bar, they may even show their pique through strikes. Ultimately, if these participants want to obtain their desired objectives then they must follow the judicial lead.

The SC has brooked no interference from any quarter in any matter relating to performance. Long ago, it wrested away – from the government – all powers to appoint judges.

When parliament asserted its right to scrutinize judicial appointments, the SC forced parliament to amend the Constitution rendering the parliamentary committee toothless.

In the past 20 years, the monthly remuneration of superior court judges has increased from around Rs35,000 to more than Rs1,000,000

It is neither a coincidence nor an inflation-related phenomenon that the monthly remuneration of superior court judges has, in the past 20-years, crept up from around Rs35,000 to more than Rs1,000,000.